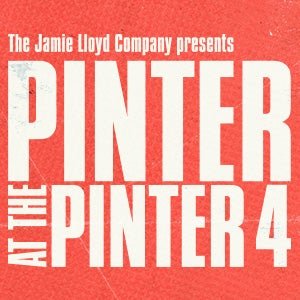 Moonlight and Night School - magical words, and two magical plays by the national treasure Harold Pinter, who died ten years ago and has never been forgotten. Far from it. The Pinter at the Pinter season runs from September 2018 to February 2019, showcasing a total of 17 one-act plays across seven unique productions, with a glittering cast and The Jamie Lloyd group at the helm. What's not to like? This is a huge treat for Pinter fans and a great taster for anyone who hasn't experienced the great man's extraordinary talent for themselves.

Moonlight is both raw and funny, examining the absolute brutality of family life and the way memory is incredibly subjective. Directed by Olivier Award winner Lyndsey Turner, it's a play in which the past haunts the present, set in a sad, lonely bedroom where a father lies dying. Night School is equally dark, telling the tale of an East End criminal who leaves prison only to find a mysterious woman is letting his room, a woman with a secret. Redolent of 1960s London, it is as brilliantly witty as it is vivid and entertaining, directed by the marvellous Ed Stambollouian.