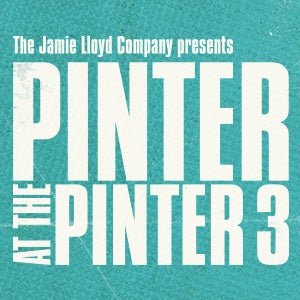 Landscape / A Kind of Alaska

Have you always wanted to see Harold Pinter's classic one-act play Landscape? How about A Kind of Alaska? You're in luck thanks to The Jamie Lloyd Company, one of whose seven celebratory productions of Pinter's one-act plays delivers exactly that. What a treat! Landscape and A Kind of Alaska are both beautifully  directed by Jamie Lloyd, both dreamlike explorations of what it means to be lonely and isolated, commenting on the strange behaviour of time, slippery stuff that can leave you lost. Landscape explores the inner life of Deborah, a middle aged woman who has just woken from a thirty year coma to find herself a teenage mind lost in an ageing body. The cast includes the brilliant Tamsin Greig.

This is just one of seven productions in the Pinter at the Pinter season taking place from autumn 2018 to late winter 2019. The Jamie Lloyd Company is responsible, celebrating the ten year anniversary of the playwright's death. His legacy is extraordinary, the huge cast list contains some of Britain's best acting talent, and the entertainment unfolds at the magnificent Harold Pinter theatre. If you're keen to discover or rediscover the ‘most influential, provocative and poetic dramatist of his generation’ (The Guardian), walk this way.